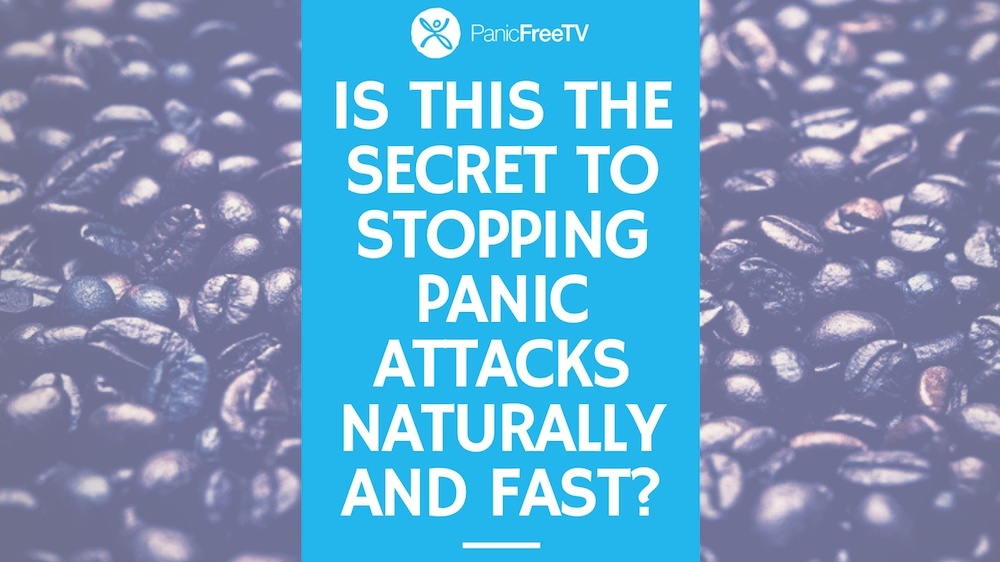 ​Is it possible to stop panic attacks naturally and fast, simply by avoiding caffeine?

Watch this episode of Panic Free TV's Fact or Fiction to discover what the scientific evidence reveals, and why there's a counter-intuitive twist...

Paul asks “is it true that I can stop my panic attacks naturally and fast… by simply avoiding caffeine?”

Hi, I’m Michael Norman and welcome to “PanicFree TV’s Fact or Fiction”. This is where as a scientist and anxiety specialist, I help you cut through the noise, myths, and popular claims… and show you the simple science of what really works to stop your panic attacks fast, for good.

Now, caffeine can definitely trigger panic attacks in some people, but there is a counterintuitive twist.

I’ll share this twist with you in just a moment — but first, let me answer your question.

Caffeine can create all kinds of body sensations that can resemble a panic attack. It can cause heart palpitations, tremors, anxiety, and nausea — and if someone is scared of those sensations, then caffeine can trigger a panic attack for them.

This is actually quite common in moderate to high doses of caffeine.

For example, in a 2015 study… nearly half of everyone who’d been diagnosed as having “panic disorder” had a panic attack after being given 400mg of caffeine in one serving. When they were given the placebo, none of them had a panic attack. 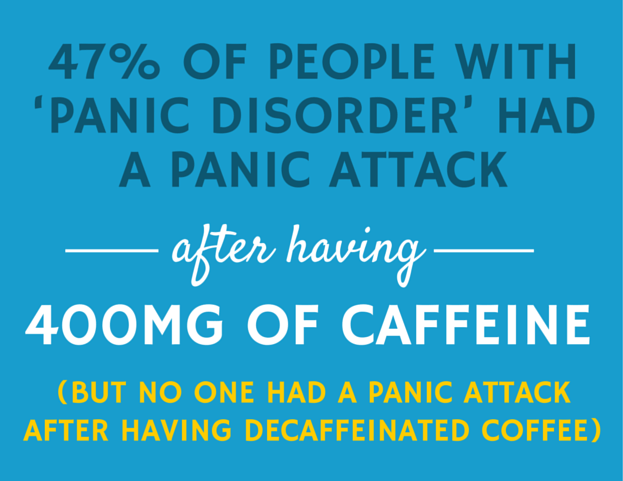 Now 400mg is quite a lot caffeine to have in one serving, so we’re talking about higher doses than most of us would have at any one moment in time.

It’s about 4-6 cups of instant coffee. 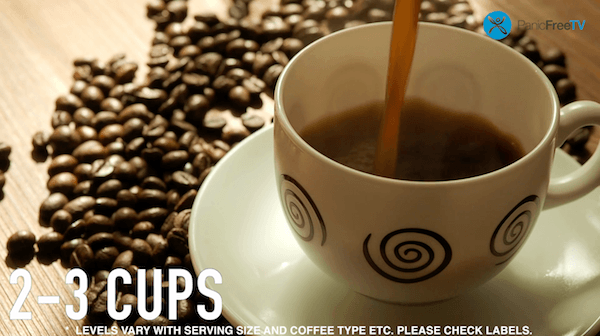 Now, again, that’s a lot of caffeine… and I don’t know how much you consume, but if you have a lot, or if you think you’re more sensitive to caffeine than normal… then it’s probably worthwhile cutting back or eliminating caffeine for a while to see if that makes any difference for you.

So… what’s the counterintuitive twist I mentioned earlier?

How is this possible?

All it can do is create some panic-like body sensations — and it’s only if your brain mistakenly misinterprets those sensations as being dangerous… that a panic attack can result. (See Episode 2 of my “Panic Free TV” Foundation Series for a more complete explanation).

This is why, in the past, what some researchers have done, is they’ve used high-dose caffeine to deliberately induce panic-like symptoms… so that people with panic attacks can practice not being scared of them. Because if you’re not scared the sensations that caffeine can induce, then it won’t be able to trigger a panic attack.

Now, I definitely DON’T recommend this approach, especially at home without medical supervision… and I’d never ever use it myself with any clients because it’s not particularly effective… it only works with a limited number of people… and I can show you far faster, far more effective, and far more gentle ways of quickly becoming panic-free for good.

The only reason I mention it here, is just to give you the full picture.

Instead, it’s your response to the sensations that caffeine can create, that can trigger a panic attack or not.

However, if you consume a lot of caffeine, or if you think you’re more sensitive to it than normal… then it’s probably worthwhile to try cutting back or eliminating caffeine for a while, to see if that makes any difference for you.

Now, if you’re wondering… what’s the best way to naturally stop your panic attacks fast, so you never have to endure another one again… even if you drink a lot of coffee?

If you’re wondering that… then you’ll find the answers in my free “Panic Free TV” foundation series. It’s simple science-based help for panic attacks that will show you the fastest, natural way… to go from wherever you are right now… back to a life that’s as normal, care-free, and panic-free, as anyone else you know.

The solutions for panic are very simple, but they’re deeply counterintuitive — and that’s why I created this foundation series.

Again, it’s completely free, it will make an immediate, important difference in your life — and to watch it right now, simply click on the link on your screen or in the description below, and get started today on your journey back to a normal, panic-free life.

Thank you so much for watching. I’ll see you soon.