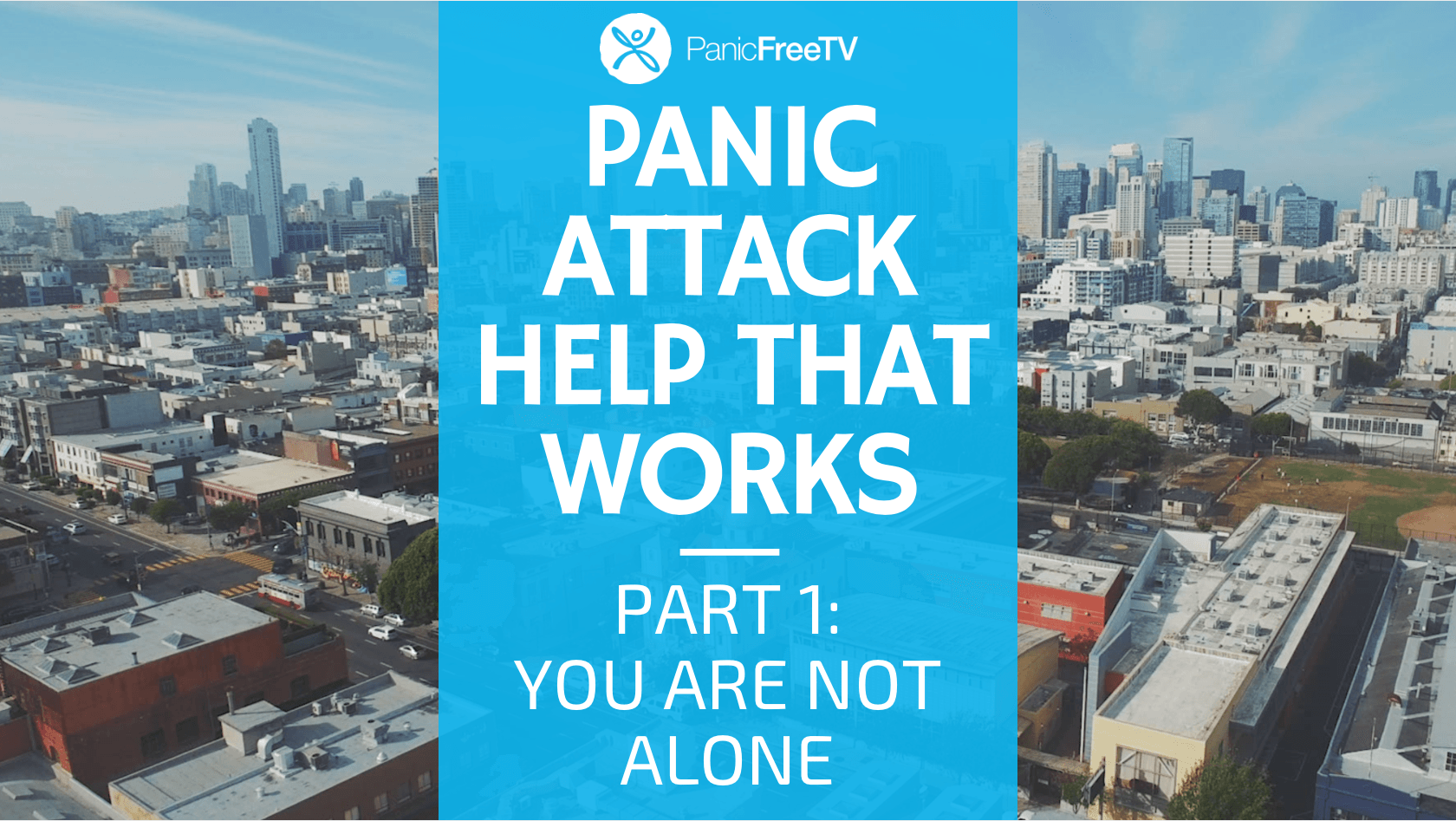 If you’ve ever felt weak, alone, or ashamed because of having panic attacks, then this short video has been made precisely for you...

If you’ve ever felt alone, weak, or ashamed because of having panic attacks, then this short video has been made precisely for you.

Hi, I’m Michael Norman, and as scientist and anxiety specialist with clients from over 103 countries around the world… I’ve seen how deeply panic attacks can impact people.

People often feel alone, weak, or even ashamed because they have panic attacks, and there’s really no need to.

What percentage of people do you think have had at least one panic attack in their lifetime?

Take a moment and get curious about it.

That’s a lot of people, and yet this is what the best research shows.

What this means is that if you have 200 friends on Facebook, it’s a good estimate that between 40 to 60 of them will experience a panic attack in their lifetime.

You can look through your newsfeed and consider this, if you ever feel alone.

And if you live in a city with 1 million people, then based on averages, there are probably two to three hundred thousand people all around you, who’ve either experienced a panic attack already, or likely will in the future.

Along with all of this, almost 1 in 20 people will experience what’s often labelled “Panic Disorder”.

Now, for several reasons, I’m definitely not a fan of labels, like “Panic Disorder”—but that’s a discussion for another time.

What the “Panic Disorder” label refers to though, is when somebody has frequent enough, unexpected panic attacks, that it significantly changes their behaviour, or robs them of their sense of safety.

And 1 in 20 people will meet the criteria for “Panic Disorder” some time in their lifetime.

We’re talking about a huge amount of people!

In fact, if everyone just in the US, who meet the criteria for “Panic Disorder” sometime in their lifetime, were put into one city… it would be bigger than New York, Los Angeles, and Chicago combined — the three biggest US cities!

And if we look at the global picture, hundreds of millions of people, have all been through similar kinds of experiences as you have — including me!

So, if you’ve ever felt alone, weak or ashamed in anyway because of the panic attacks you’ve had I hope you now know…you are definitely not alone.

Even the strongest, bravest people can get panic attacks — and there’s absolutely no reason to feel ashamed, because surprisingly, panic is A FAR more common part of the human experience than most people would ever realise.

It’s a completely free series, and I think you’ll agree after you’ve started watching it, that it makes a very real, very important difference in your life.

Simply click here to watch my foundation series right now and get started today on your journey back to a normal, panic-free life.

I hope this video has been valuable to you.

Thank you so much for watching.